The Czech Olympic Committee (COC) welcomed over 300 guests to participate in the 10th edition of the successful Bridges for Trainers Conference on 3 December in the Czech capital city Prague. The conference, which was first held in 2014 and is organised by the Czech Olympic Committee’s Coaches Academy, focused on the connection between theory and application in sports performance. Coaches from national sports teams, members of over 30 International and National Sports Federations and representatives from over 100 elite clubs, gathered to discuss the future of sports coaching.

Czech Olympic Committee President and IOC Member Jiří Kejval participated in the important first panel of the conference, entitled “Leading big teams.” He was joined by Tomáš Paclík – the owner of UEFA Champions League competitors Viktoria Pilsen, as well as David Mareček – the CEO of the Czech Philharmonic.

This was followed by a presentation from the academy manager of English Premier League football team Southampton FC. Matt Hale, who leads the world-renowned academy, spoke about the importance of connecting football and academic education for young players.

FC Bayern Basketball club Sports Director Daniele Baiesi discussed how building a strong culture in a sports organisation or team will help the collective effort of realising a clear vision. British sports psychologist Ken Way, who has worked with coaches and players of many elite sports teams including Leicester City, the 2015/16 English Premier League Champions, then spoke about how coaches can ensure they maximise performance from everyone in the team.

“I am extremely proud of everyone involved in the organisation of this excellent conference. The Czech Olympic Committee truly believes in the value of sharing experience of sport. The expert speakers from all over the world offered great insights, which will be very helpful to the current and future generations of Czech sports coaches. We are looking forward to organising the next edition already!”

“As we celebrate the 10thedition of this event, I am proud to reflect on how it has established itself as a key event for Czech coaches and sport administrators. Their interest in the conference is huge. We sold this event out in just eight hours after opening the registration. Our aim now is for Bridges to become the best coaching conference in Central Europe.”

“When we held the first Bridges in 2014, we had no idea how far we would have progressed by now. We try to make every conference filled with interesting topics and speakers. Sport is evolving and coaching is becoming increasingly important in modern sport, where the smallest margins can get you the victory. Sport is one of the world’s fastest growing industries and coaches and administrators also need information on the business and marketing side of sport. It is also our task to show them sport from this perspective, not only with regards to coaching.”

“I attended the Bridges conference for the second time, but this time I was here as a guest rather than a speaker. I am delighted that people in sport want to educate themselves and that they are willing to share their knowledge and information outside of their clubs and organisations. Trainers and people in clubs working together and sharing their experiences with other clubs is clearly the right path.” 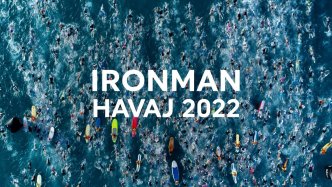 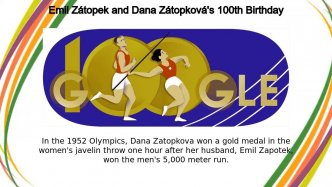 CoachForce21 started off with the first meeting of project partners