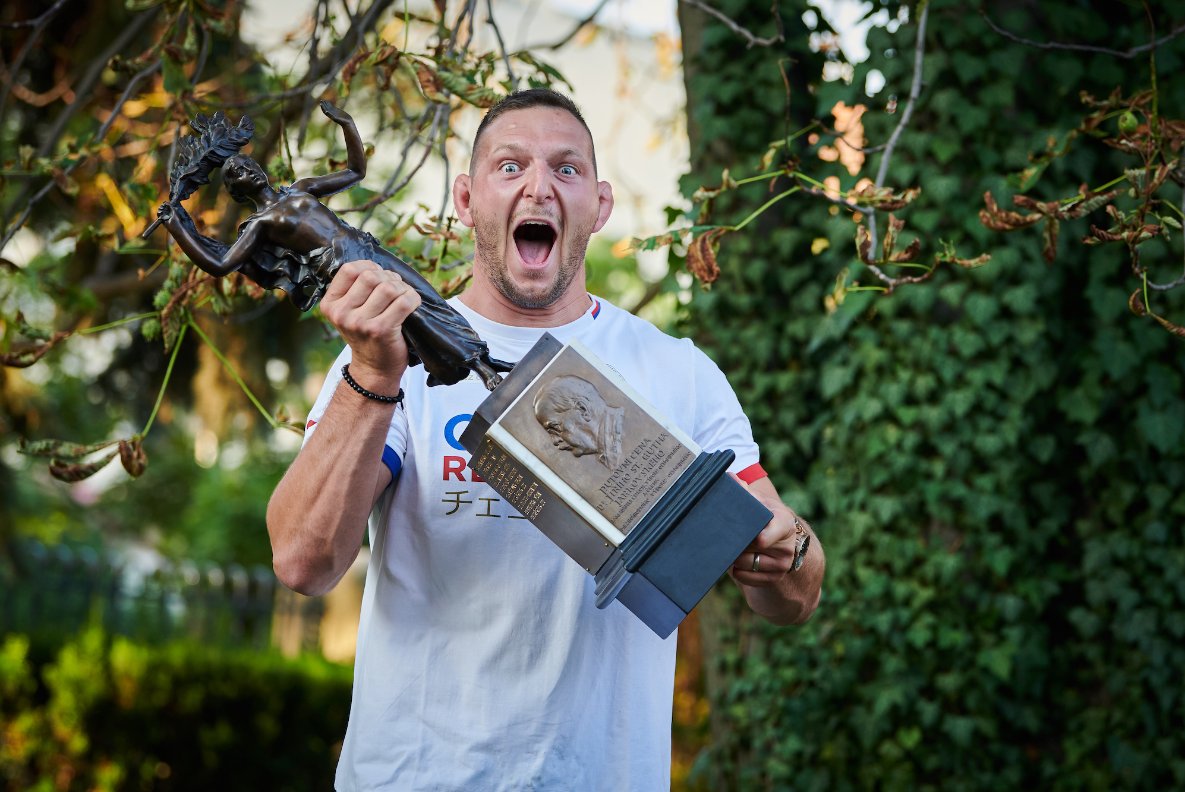 A half-kilo steak and singer Olga Lounová with the song “Jsem medailista”, which was dedicated to him – these surprises awaited Lukáš Krpálek at the Czech Olympic Committee HQ. It was here that for the second time in his career he accepted the Jiří Stanislav Guth-Jarkovský Award.

The twenty-nine-year-old judoka was voted to receive the award by fellow athletes. As the greatest sports performance in 2019 they selected his triumph at the World Championships in the heavyweight category (over 100 kg), which Krpálek achieved in Tokyo in the famous Budokan arena, where the Olympic competition will take place. “I am happy that I have the opportunity to be here again in this wonderful space,” said Krpálek, Olympic Champion at Rio 2016. “2019 was an excellent year, I will not forget it.“

I am happy that I have the opportunity to be here again in this wonderful space. Year 2019 was an excellent year, I will not forget it.

The trophy was presented to Krpálek by climber Radek Jaroš. “I was very curious to see how he managed the switch to the top weight category, but he coped fantastically,” said Jaroš. “He must put in his best performance at every moment, even if it isn’t his big day.”Chairman of the Athletes Commission, David Svoboda, then presented him with an Olympic T-shirt adjusted to reflect winning the Jiří Stanislav Guth-Jarkovský Award.

The most prestigious sports award

Winners of the most prestigious Czech sports award have been selected for the sixth time in a row by athletes themselves. This year it was the members of the Czech Olympic Teams that competed at the Sochi 2014, Rio 2016 and PyeongChang2018 Olympic Games, the European Games in Baku 2015 and Minsk 2019, the World Games in Wroclaw 2017, and the World Beach Games 2019 in Doha who voted. Candidates were nominated by sports federations and Czech NOC sections, with a shortlist of ten selected by the Czech NOC Athletes Commission. The athletes then select a winner from the shortlist.

“Selecting names was difficult, but we have a system for it. Each commission member selected ten names and assigned them points from 1 to 10. The points were then totalled, and this gave us the shortlist of ten. Just reaching this shortlist is in my opinion a great achievement,” explained David Svoboda, chairman of the Czech NOC Athletes Commission and Olympic champion in the modern pentathlon at London 2012. 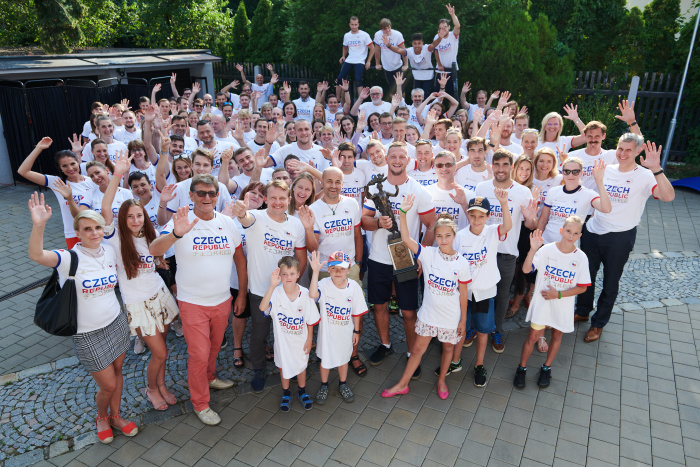 This year’s award ceremony took place as we reached the “year to go” date before the Opening Ceremony for the Tokyo Games, which has been postponed until the summer of 2021. “We are glad to be meeting here again, albeit in a strange year and at an unexpected date; we had expected at this time to be getting ready for the Tokyo Games Opening Ceremony, with athletes making final preparations for their competitions,“ said Jiří Kejval, President of the Czech Olympic Committee.

The Jiří Stanislav Guth-Jarkovský Award, named after the founder of Czech Olympism, was established in 1933, with the accompanying trophy of the god Niké created by Otakar Španiel. The first recipient of the award in 1934 was weightlifter Václav Pšenička. In the post war period, the last person to receive the award before it was put on ice was runner Emil Zátopek in 1948. The award was then revived in 1994, and since then many great sporting names have been added to the plaque on the marble base.

Winners chosen by the athletes: