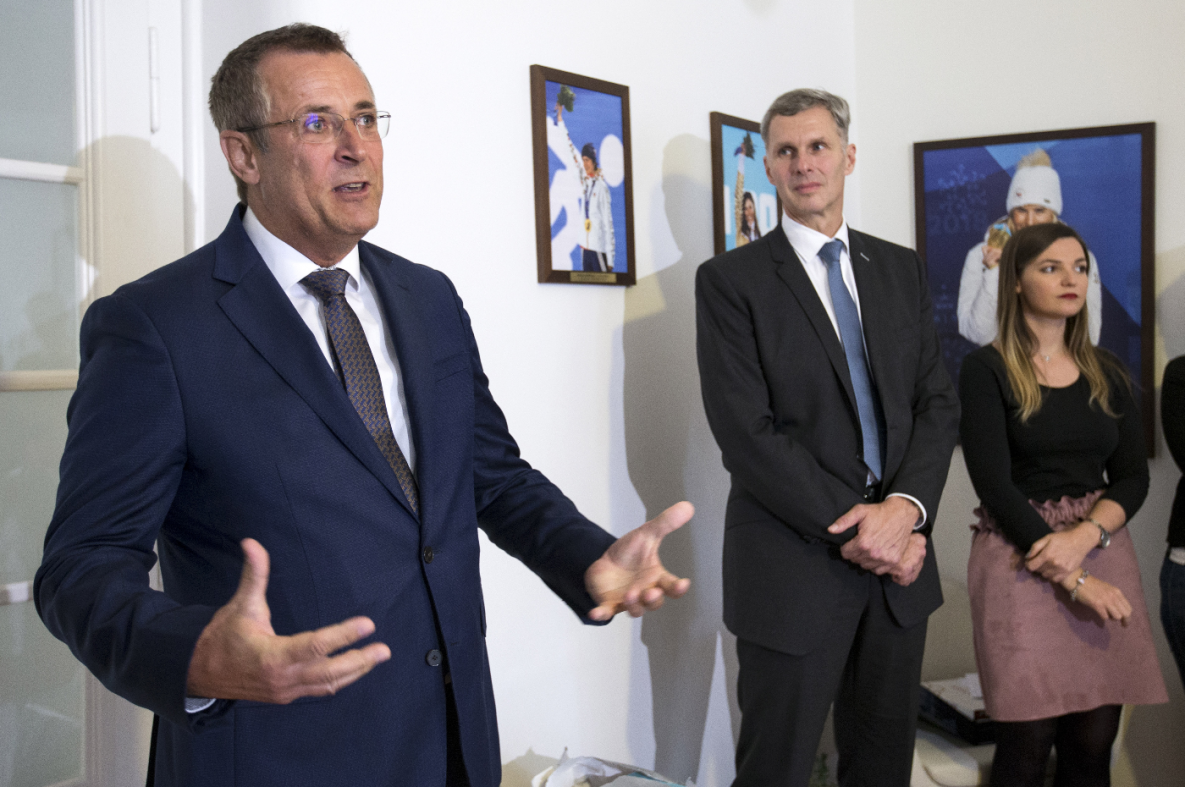 In June the members of the International Olympic Committee (IOC) will elect the host of the Winter Olympic Games 2026. They will be using supporting documentation that is being prepared also by Roman Kumpošt. Vice President of the Czech Olympic Committee for International Relations is a member of the IOC Evaluation Commission and he visited both potential organising states in the last weeks – Sweden and Italy.

“Both candidate cities use the existing infrastructure and minimize the investments that are related to it. They comply with the terms of the IOC programme Agenda 2020 with the objective to make the Olympic Games budget maximally effective and sustainable for the future,” Roman Kumpošt said.

He represents the Association of National Olympic Committees as a winter sports specialist in the Evaluation Commission. As a former Nordic combined skier and long-term member of International Ski Federation (FIS) and Czech Ski Association he examines the candidatures through the eyes of the athletes, evaluates the needs of their coaching staff and organisers of the races. “A very lively communication has been ongoing within the Commission about the individual points of the candidatures, our role is active and practical, every opinion is intensively discussed. I shared my opinion about the ski disciplines because thank to my experience this section is close to my heart.”

As regards sustainability both candidatures offer interesting solutions. In Italy the games would be held in Milan and Cortina d´Ampezzo. The parts of the Olympic villages would be built only as temporary structures, they would be situated in Cortina and in the ski resort in Livigno.

“Container houses are trendy now and there is nothing that prevents their usage, especially in case they could be used after the games. Italy declares that as a part of their immigration policy. As regards Livigno, the town wants to incorporate a part of them for the future as it needs some other accommodation and this seems to be the best cost-effective option,” Kumpošt explained.

The Swedes plan their games in Stockholm where ski events are held as tradition. The other venue is Aare, where Šárka Strachová (born Záhrobská) won gold in slalom in 2007 and where the final race of the Alpine Skiing World Cup was held this year. The bobsleigh, luge and skeleton would take place outside the borders – in Latvia.

“This is one of the Agenda 2020 options – two states may co-organise the games. The Swedes opted for the bobsleigh track in Sigulda, Latvia that belongs to most frequented tracks. Bobsleigh, luge and skeleton belong to the most popular sports in Latvia, they are maximally supported and the Olympic competitions there would attract enormous attention,” Kumpošt added.

The situating of Winter Games into two significantly distant cities brings challenges. “It is mainly the logistics. It would not be possible that the athletes could suddenly decide to go and support one of their team-mates. The logistics will have to be planned and it will be necessary to communicate about it beforehand,” Roman Kumpošt said. “Nevertheless, the idea that the budget of the Olympic games must be even more effective and sustainable is correct.”

The option of co-organising the Olympics in two countries may offer a chance for smaller states. “Now, it is important that everything is done correctly as regards infrastructure and logistics in 2026. That would be a great signal for the future. The pattern how the Olympics may look like may be created – especially the winter edition for which you always need the mountains, where the venues for the ice sports might not be completely available,” Kumpošt added.

The evaluation process includes the phase when the candidate countries of the Winter Games 2026 may amend their candidatures according to the suggestions of the Commission made after the inspection visits. The IOC Executive board will discuss the report at the end of May and the election of the Winter Games 2026 host will be held in Lausanne on 24 June.